You are here: Home / Effectiveness / Research 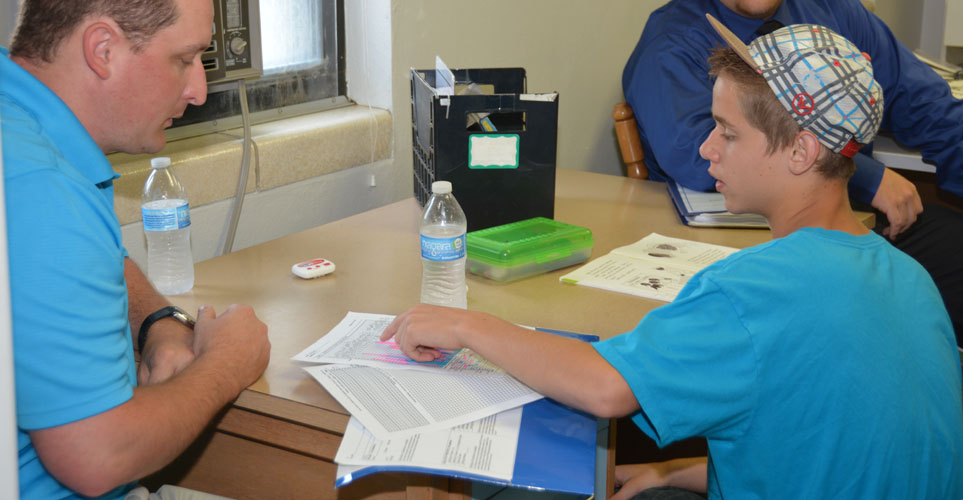 The initial teaching alphabet (i.t.a.) has proven effective not only for beginning reading development but also for remediation of older students with reading disabilities/dyslexia. 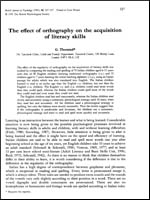 The Effect of Orthography on the Acquisition of Literacy Skills 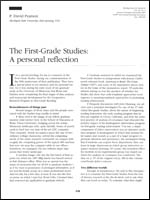 P. David Pearson (1997), in a review of the First Grade Studies of the 1960’s, commented that “when kids were equipped with a transparent orthography (i.t.a.) that was completely under their control, they became fearless writers, producing a great deal of text.”

Use of i.t.a. for Remediation of Dyslexia

The i.t.a. intervention protocols used in the Saint Mary’s University i.t.a. Literacy Clinic were developed by Dr. Jane Flynn (Anderson), based on her research and clinical experience working with students with dyslexia for the past 28 years.

Dr. Flynn’s doctoral research featured quantitative electrophysiology (QEEG) recordings to investigate whether children with different kinds of reading disabilities would exhibit different patterns of brain activation compared to each other and to normally-developing peers when reading aloud. 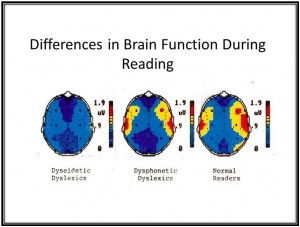 Initial results confirmed her hypothesis. Children who had difficulty learning how read due to phonological deficits differed from both normally-developing readers, and from other dyslexic readers. These differences were not found during the Eyes Closed Resting condition, indicating that children with reading disabilities are not different from normal readers when they are not engaged in effortful cognitive processing. 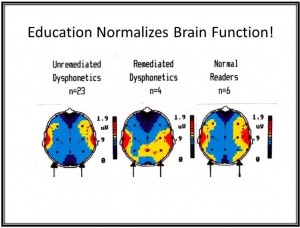 Follow up recordings of dyslexic readers who had attained grade-level reading skills compared to unremediated peers revealed a surprising finding: Remediated dyslexics demonstrated normalization of brain activation patterns! At that time (mid 1980s), only one other lab had reported normalization of brain function after remediation of reading difficulties. Since that time, other brain imaging studies have found evidence of brain function normalization in adolescents who were successfully remediated.

Readers interested in Dr. Flynn’s research are invited to download the publications located to the right on the sidebar.

"I've been doing research and providing remediation services to children and adults with reading disability/dyslexia using i.t.a. since 1986.

It is, without doubt, the most effective intervention for struggling readers that I've used in my 40 plus years as an educator. 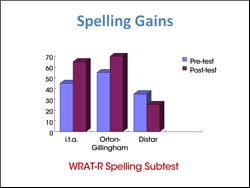 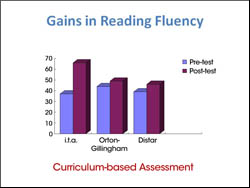 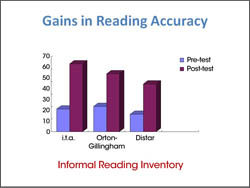 Eavesdropping on the brain

Synthesis of Research on the Use of the Initial Teaching Alphabet

ROAR and Use of the i.t.a. for Remediation of Dyslexia