You are here: Home / Effectiveness 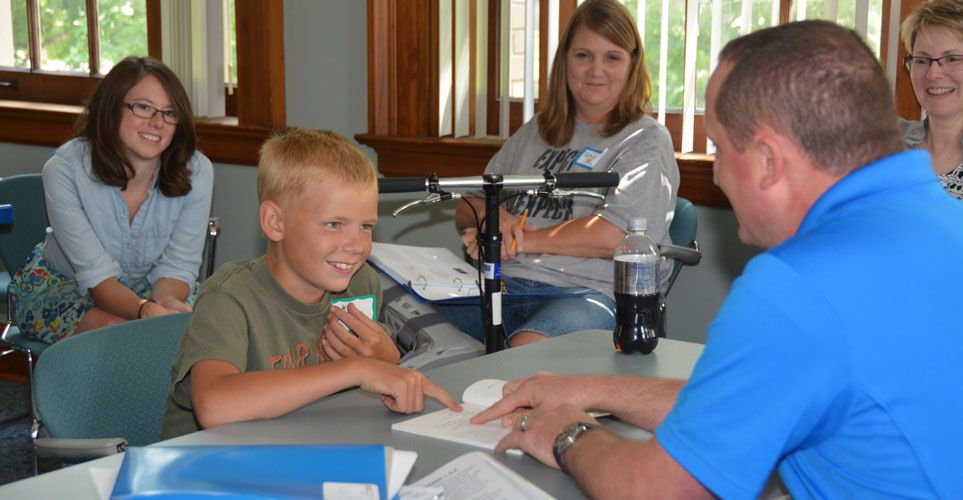 That was Then: The History of i.t.a.

In September, 1961, the first test of whether a phonetically-regular adaptation of the regular English alphabet (i.t.a.) would help children learn to read more easily began in England. Over the next three years, 89 experimental first-year classrooms used an i.t.a. version of the Janet and John basal readers, while 69 control classrooms used the same books written in traditional orthography (t.o.). Teachers in the experimental classrooms were given two days of training with i.t.a. Study results revealed that the i.t.a. groups made significantly greater progress in the i.t.a. reading series.

Even more significant, by the end of the third year of school when all children were reading traditional orthography books, the i.t.a. group achieved significantly superior accuracy, speed and comprehension in reading compared to the control group that had been using t.o. since the beginning. (John Downing. 1967. The i.t.a. Symposium: Research Report on the British Experiment with i.t.a. Hove, Sussex: King, Thorne, and Stace, Ltd.

So began the story of how the initial teaching alphabet (i.t.a.) was introduced as a reading program to alleviate the challenge of teaching beginning readers “crack the code” of English spelling.

This is Now: ITA for Remediation of Dyslexia

Recent research has provided additional support for its use with young children learning how to read, as well as with children who have failed to attain reading mastery with traditional methods and the traditional alphabet. These studies, as well as testimonials of parents and teachers who have used ITA for remediation of reading difficulties, are included in this section.

For information on how you can help your struggling readers overcome the bottleneck phonological deficit that has stymied their reading progress, download our White Paper and listen to “That was Then, This is Now: From i.t.a. to ITA” 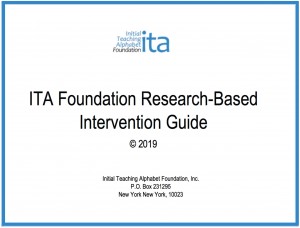 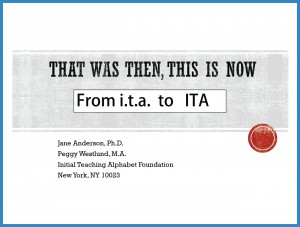 "I was one of the 1960s children who learned how to read using ITA, and had no problem transitioning in to the standard English alphabet. I am an avid reader with a keen eye for spelling thanks to ITA!"